Recently, one of our California activists pressed the CHRB for answers on the 75 horses (below) injured on state tracks who have not been heard from since. Here is the Board’s response:

“It appears that you are mistakenly identifying horses as missing when their status is simply not information that is required to be made public. There are different situations where the status of a racehorse may be public information including being added to the Official Vet’s List, or the statutory required fatality listing. There are other websites that are not specific to CHRB that voluntarily provide information on individual racehorses for items such as timed workouts, entries, winnings, and breeding information. [Note: They are referring to Equibase, which is where I determined they were missing in the first place – no races, timed workouts, etc.]

“When a member of the public inquires on the status of a specific racehorse, or several racehorses, as you have done, we direct them to the information provided on our website, as well as provide the racing associations email contact information. However, it is also important to note, that these entities are not under any obligation by the CHRB to provide additional information to you regarding your requests; they are a possible resource for you to make further inquiries on information that is outside the scope of authority of the CHRB. In many cases, the information on the status of the racehorse(s) you may be inquiring about is privileged and confidential information belonging to the owner and may not be shared with the public.”

First things, the activist did contact those “racing associations” – the various alphabet horsemen groups as well as the four Cal tracks. As expected, nothing. A complete stonewalling.

But back to the CHRB. This, mind you, is the state agency tasked with governing Cal racing. Part of its charter, presumably, is racehorse welfare, no matter where those horses are. What the Board is saying here, however, is what happens once a horse leaves a state-licensed track is none of its business. Never mind that the relevant owners and trainers are themselves licensed by the state and thus under the authority of the CHRB. Never mind that, because the public bet on these horses, there would appear to be a compelling public interest in knowing their whereabouts. According to the CHRB, their statuses, once removed from track grounds, are to be considered “privileged and confidential.” A bad joke, really, and all, in my opinion, in the cause of putting racing in a more positive light: see, kills are down, reforms are working.

(California is not alone here. In fact, with the exceptions of one Florida training facility and some sporadic off-track reporting from Kentucky and New Jersey, I receive nothing on racehorses who are euthanized away from commercial tracks.)

Although I am generally loath to villainize individual exploiters – choosing instead to indict the industry – I do occasionally make exceptions. Doug (aka “Drug”) O’Neill has a well-earned reputation as a cheater – with cheating, in horseracing, almost always involving animal abuse. We have documented some of that: here, here. In addition, the $152 million-earning O’Neill is a shameless opportunist, helping to lead low-paid (read: exploited) backstretch workers in counter protest to animal-rights activists. In short, Doug O’Neill is a louse.

Sunday, this came down from the CHRB: “Trainer Doug O’Neill, who started the horse Worse Read Sanchez at Golden Gate on May 1, is suspended 60 days and fined $10,000 for violation of the prohibited substance lidocaine [Class 2] and placed on probation for one year. For good cause 30 days of the suspension is to be stayed.”

What in O’Neill’s resume – besides being fabulously successful and wealthy, that is – led the CHRB to believe he was worthy of a break on the suspension? A joke. Lidocaine, for those who may not know, is an anesthetic – “an agent that causes loss of sensation.” For his part, while not contesting the ruling, O’Neill claims the positive resulted from a “transfer of medication from a member of my staff who was prescribed a medication for Shingles.” Of course. Two by the ways: The 3-year-old Worse continues to be under the yoke of O’Neill, most recently raced Oct 7; Worse’s owner is Reddam Racing, the subject of yesterday’s post on a horse named “Vegan.” 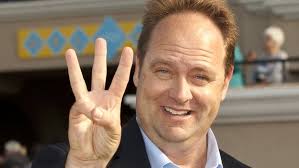 Ethical veganism is a philosophy – a way of life that holds that it is fundamentally wrong to use (and of course kill) other species for our ends. (I must include the “ethical” qualifier, as there are people who are vegan only for health – their own, of course – which to my mind is but more of the anthropocentrism that put animals in our servitude in the first place.)

While reviewing the charts, I came across an entrant in the 8th race at Del Mar Saturday: “Vegan.” Yes, Vegan. Now, it’s possible that someone in Reddam Racing, Vegan’s breeder and first owner, is one of those aforementioned food-vegans, and the name is simply a celebration of diet. But seeing how for the vast majority of Americans veganism is synonymous with animal rights, the best we can say about Reddam is that they are stupid. I, however, think it a bit more nefarious. For me, this, the Vegan racehorse, is a taunt – the racing people having fun at our expense. For shame.

Today, the second day of the Breeders’ Cup and one of global racing’s richest days, two horses were injured and “vanned off” the Keeneland track.

In the $2 million BC Mile, Domestic Spending suffered what trainer Chad Brown called “a serious pelvic fracture,” and was transported to Rood & Riddle Hospital. Three races later, in the $6 million Classic, Epicenter suffered a “displaced condylar fracture,” and he, too, was sent to Rood & Riddle, with surgery slated for tomorrow.

While I am not a veterinarian and was not privy to the exams, I have been doing this long enough – 9,000 documented kills and counting – to state with complete confidence that these two types of injuries mean immediate euthanasia about 95% of the time. This – the hospital, extensive imaging, surgeries – is only about a desperate industry desperately trying to avoid, or at least stave off, killing with the whole world watching. All this is not to say that Domestic and Epicenter are out of the woods. Far from it (see Barbaro). But in the meantime, their suffering continues. For shame.