Bob Baffert, again. The superstar trainer with 15 Triple-Crown-races wins is back in the hot seat for drug positives. Last fall, you may recall, The New York Times reported that Justify, Baffert’s 2018 “champion,” failed a drug test in a qualifying race in California before going on to win the Kentucky Derby that year. As the Times said, “That meant Justify should not have run in the Derby, if the sport’s rules were followed.” But California officials dragged their feet for months, allowing Baffert time to win his second TC in four years. Eventually, the CHRB cleared Baffert. Its reasoning (and Baffert’s defense): “environmental contamination” (jimson weed in feed/straw).

(On that determination, the Times’ Joe Drape wrote: “Baffert has denied any wrongdoing, but the quantity of the drug found in Justify suggested that it was present not because of contamination in his feed or his bedding but rather because of an effort to enhance performance, according to Dr. Rick Sams, who ran the drug lab for the Kentucky Horse Racing Commission from 2011 to 2018.”)

“Even though lidocaine is a lawful, widely available therapeutic medication, it was never intentionally administered to either Gamine or Charlatan. When test results indicated that trace [questionable word choice] amounts of lidocaine were found in both horses after their respective races on May 2, Bob Baffert and his team were shocked. … After investigation, it is our belief that both Gamine and Charlatan were unknowingly and innocently exposed to lidocaine by one of Bob’s employees.

“The employee previously broke his pelvis and had been suffering from back pain over the two days leading up to May 2. As a result, he wore a Salonpas patch on his back that he personally applied. That brand of patch contains small amounts of lidocaine. It is believed that lidocaine from that patch was innocently transferred from the employee’s hands to the horses through the application of tongue ties….” (“Tongue ties,” by the way, are abusive in and of themselves.)

Pity this hapless Hall of Famer, he just can’t catch a break. 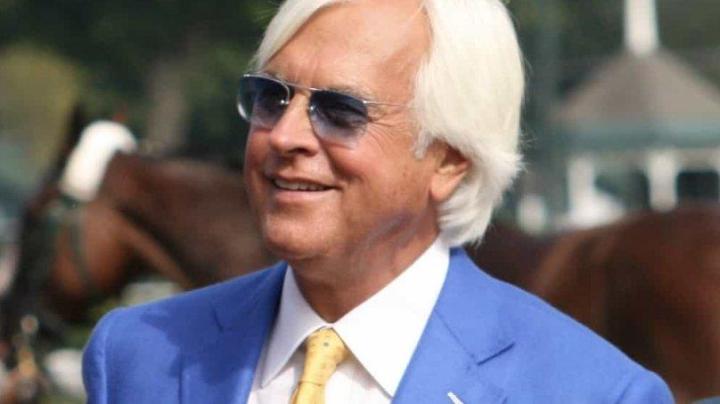