According to the Collins Dictionary, “stupid” is “lacking in common sense, perception, or normal intelligence”; “slow-witted.” With that as backdrop, I call your attention to a recent op-ed from former jockey and current analyst Donna Brothers in the Paulick Report. While the article, which is mostly a diatribe against PETA, should be fully ingested for a true appreciation, here are my highlights (and comments in italics):

“…[on domestication] PETA is on a mission whose end-game is to eventually halt the natural bond between man and animal that has led them to co-exist since before written record!”

There is, of course, nothing natural about domestication; in fact, it is the antithesis.

“Horses have also seen man into civilization; helped them win battles at war…”

In the Civil War alone, the number of equines killed to “help man win battles” is measured in the millions. Scores of patently gentle, innocent animals killed in violent, horrific, and terrifying ways so man could wage war. There’s no glorifying that.

“The thing about horses is that they’re going to run, play, jump, frolic and race across vast fields with or without us. What makes us love them is that they are gracious enough to let us go along for the ride.”

What happens in nature bears no resemblance to what happens at a racetrack, where nose chains, tongue ties, mouth bits, and perched, whip-wielding humans prompt the “playing” and “frolicking.” “Gracious enough to let us go along for the ride”? Vile.

“And, yes, sometimes horses are fatally injured alone in a field—or on the track—while doing this. It will break my heart every single time, but I know with all that I am, that they love their humans and their sport as much as we love them and this sport that allows us to interact with them in a deeply meaningful and fulfilling way.”

Yes, they “love their humans” – the same humans who lock them in tiny stalls for over 23 hours a day (born to run?); who stick them with needles and beat them with whips; who buy, sell, trade, and dump them like common Amazon products; and who ship them – by the thousands every year – to brutal, bloody, and violent ends. That’s “interact[ing] with them in a deeply meaningful and fulfilling way”? Contemptible, Ms. Brothers.

“Though musculoskeletal injury to a horse during racing is an aberration, it is a gut wrenching event for everyone.”

“Much of what humans know about the care of horses…is owed to private funding from the thoroughbred racing industry. We reduce the likelihood of terminal skeletal injury, and we’re getting better at it all the time. That said, we cannot totally eliminate the evolutionary destiny of horses left to their own accord anymore than we can eradicate all diseases and fractures in man.”

“…the evolutionary destiny of horses left to their own accord” – I’m running out of adjectives.

“It sounds silly to those who don’t follow horse racing, but these horses aren’t just our friends. We work with them day in and day out. Our entire life revolves around their care and they become family. We cheer for them and fear for them. We hope for them, we laugh with them, and we even cry for them.”

Question for Ms. Brothers and her “horse-loving” brethren: Ever dropped a horse in a “claiming race,” thereby putting that “family member” up for sale? Thought so. And can you identify the whereabouts of all your past “family members”? Didn’t think so. And to say you “fear for them” after you yourselves have willfully and unnecessarily put them in harm’s way is but another in a long line of obscenities.

“Compared to approximately 55 training or racing fatalities per month in the U.S. (1.86 per 1,000 starts), there are nearly 3,300 human deaths per month due to automobile accidents. … It turns out that it is actually safer to race our horses than it is to drive our children on the roads…”

First, your number – 55 – is woefully understated; it’s more like 155. As to comparing racehorse kills with automobile deaths, I’d wager that even those children you speak of would grasp the absurdity.

“One of the arguments against racing that I’ve heard is that people can accept injuries in human athletes since they choose to compete, but race horses are forced to race—it’s not their choice. Any horseman reading this can confirm that this is not even possible! … If a horse does not want to race there is no amount of persuasion that will change that horse’s mind. I’ve seen horses that don’t want to race—and we don’t race them! Not every thoroughbred is born with racing on their mind but the vast majority of them are… … Our horses that race, love to race, and we love to watch them—even help them—achieve their best form.”

Your capacity for perversion is truly dizzying, Ms. Brothers. Again, I refer to the dictionary: “domesticate: to train or adapt (an animal or plant) to live in a human environment and be of use to humans.” Tamed by man for man, including, of course, your precious horses. To paraphrase Forrest Gump, stupid is as stupid writes. 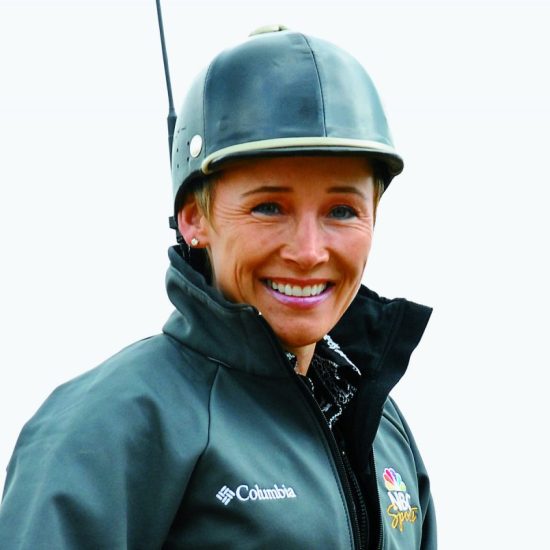