Through a FOIA request to the California Horse Racing Board, I have obtained the following details on 2021 kills. (I will be posting in installments.)

Left Alone, Sep 19, Golden Gate T
“The cause of death in this animal was exsanguination [she bled out]. Frank blood gushes out of the abdomen upon opening. The right kidney is completely encased in hemorrhage that extends down the retroperitoneal space and along the pelvis. Suspect aneurism with rupture.” Left Alone was six years old.

The report added this: “Young horses and older horses returning from a layup are at higher risk for tibial fractures due to the potential insufficient adaption of their skeletons to the expected performance.” Galloping Slew was four years old. 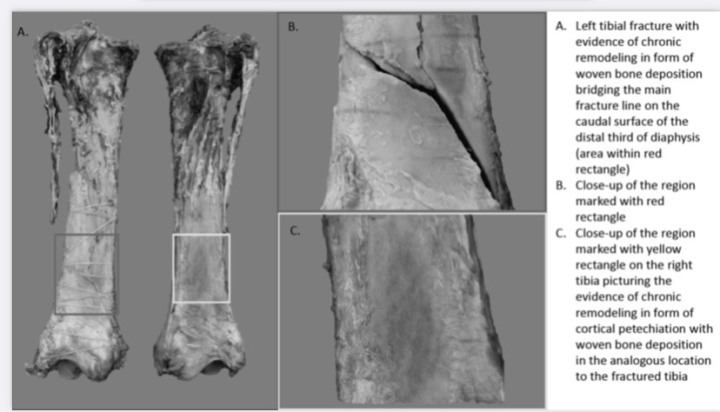 Inimitable, Nov 19, Golden Gate R
“open fractures in [both] forelimbs”
“[multiple] ruptures, [both forelimbs]”
“displacement of both cannon bones”
Inimitable was just two, and this was only his second race. Broke both front legs.