Ladie Verrazano was made on February 20, 2016. She was first put to the whip a day after her third birthday. That race, at Delta Downs, was of the “claiming” variety (all horses were “For Sale” prior to the start), and in fact, Ladie was sold her first time out. 11 more races – all “claiming,” all in Louisiana – followed, with three different owner/trainer teams. In that 12th race, at Delta December 30, 2020, Ladie “was eased and vanned off.” Her final racing owner/trainer was Edmond Godfrey.

Less than seven months later, on July 17 of this year, Ladie was spotted in a Texas feedlot – a stop in the slaughter pipeline. She was emaciated, covered in rain rot, and crippled. Her “bail” was set at $1,250. Fortunately, that ransom was raised and paid, and Ladie was picked up that night. This is the condition in which she was found: 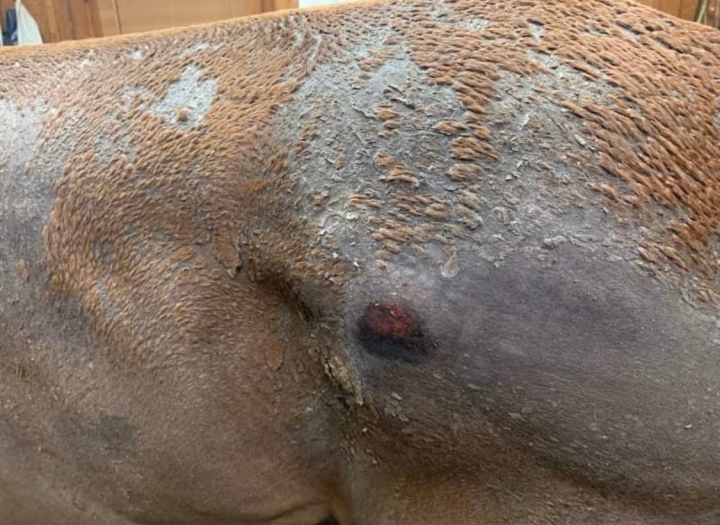 Ladie’s first stop was Red River Equine Hospital for evaluation. She could barely walk; radiographs revealed that she had foundered – perhaps the most painful thing a horse can experience – in both front feet. She was also lame in the hind, probably owing to the constant shifting off her painful front. As if not enough, her right front hoof was bleeding, and she had multiple abscesses.

Nine days later, her foster wrote: “Unfortunately Ladie has declined this past week with the current treatment plan. The infection has not improved in her feet and while [some of the abscesses are draining], there seems to be plenty more. I did learn that she broke down on [sic] her last race and didn’t finish. We believe that was the breakdown of her fetlocks where you can see the bone fragments floating.”

Three days after that, Ladie was put down. She was just five years old. 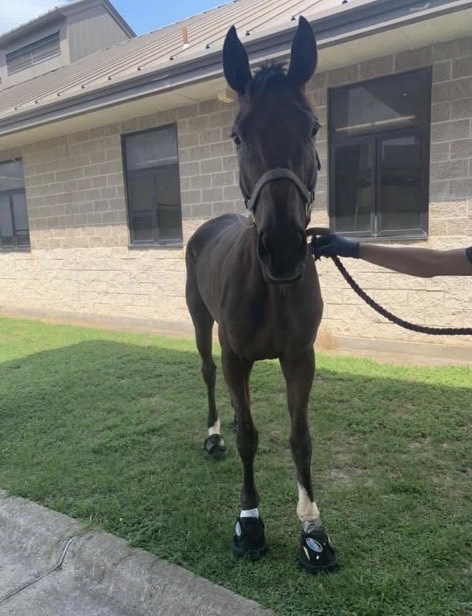