(This post was made possible by the invaluable work of our vice president and chief cruelty investigator, Joy Aten.)

After that last race, Puxa Saco was sold to Northwest Farms at the Keeneland Association 2005 November Breeding Stock Sale for $875,000, and consigned by Hinkle Farms. In 2015, she was sold again at that same Keeneland sale, this time to Alastar Thoroughbred for $75,000. And then once more, at the ’17 Sale to Tom Young – at this point, the now-17-year-old fetched a mere $5,000. During this period of her servitude, she birthed at least nine foals for use by the racing industry.

On June 30 of this year, Puxa Saco, 20, was in a kill pen (below). Yes, this former “winner” and “producer” was headed to equine hell – the slaughterhouse. 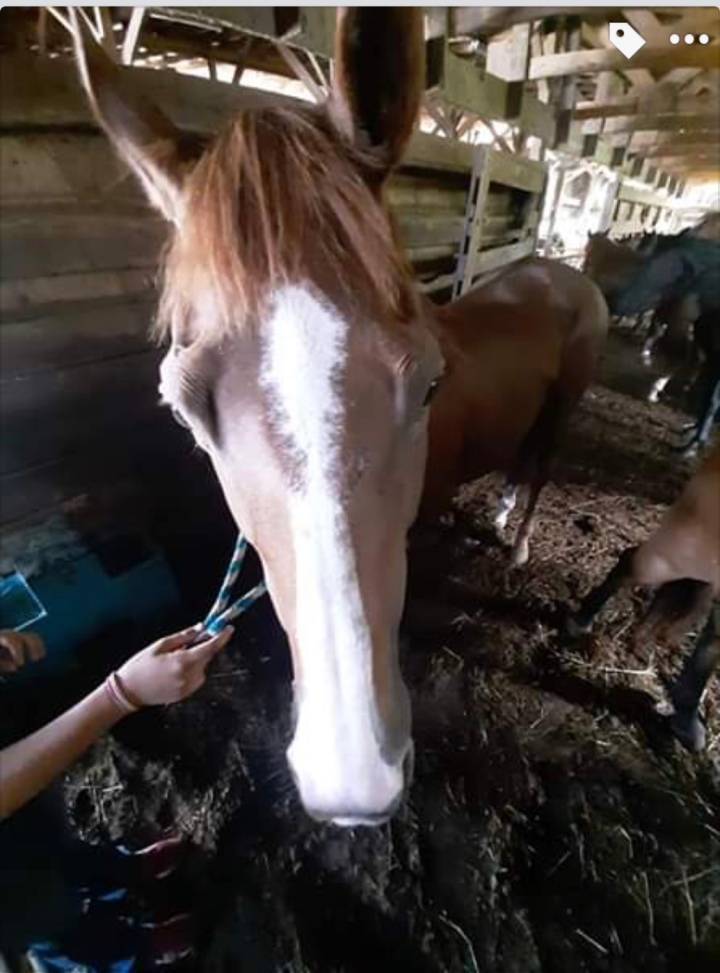 As one of the fortunate few who was noticed, fundraising for her rescue began on July 1: “[she] is available for $850.” While she was eventually “bailed out” – the vile term for when the kill-buyer’s ransom is met – the words of her former trainer, Ms. Sahadi, are instructive. On February 16 of this year, Sahadi, who personally banked multiple thousands off Puxa, tweeted the following: 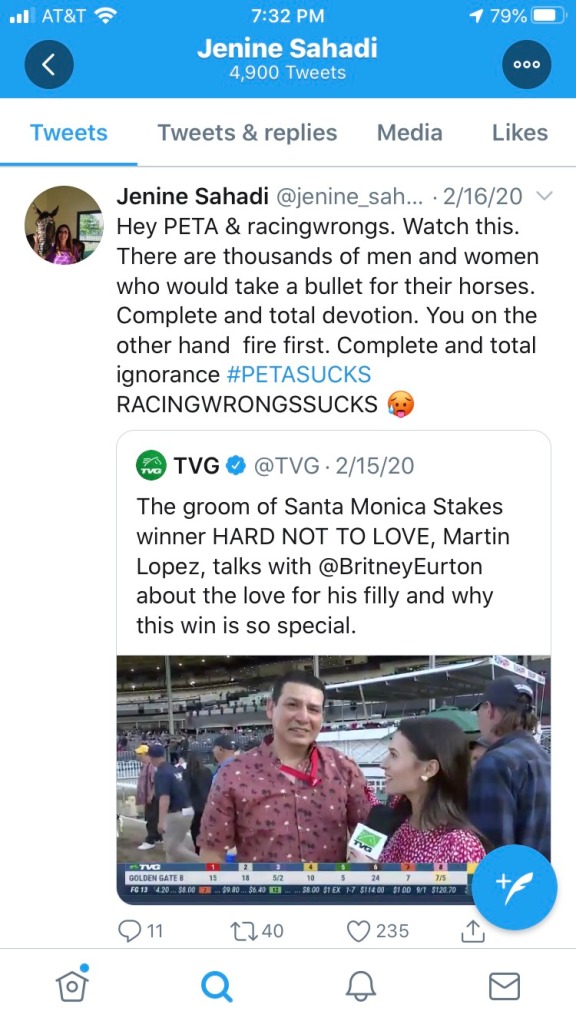 In another tweet, she says, “We are activists for this sport, our horses and their caretakers. I for one am not interested in the extremists’ ignorant rhetoric.”

When Puxa’s situation came to light, someone on FB asked, “Anyone contact Jenine Sahadi?” The answer: “She knows, she was really helpful with confirming her id.” To which, another asked, “But not her bail?” The response:

So upon hearing her former (lucrative, I remind) charge was in a kill pen, the best Ms. Sahadi could offer was an identification? Beyond that, where was she in 2017 when Puxa’s stock had dropped to what everyone in racing knows to be an ominous level? “Complete and total devotion” – as defined by the horse people. 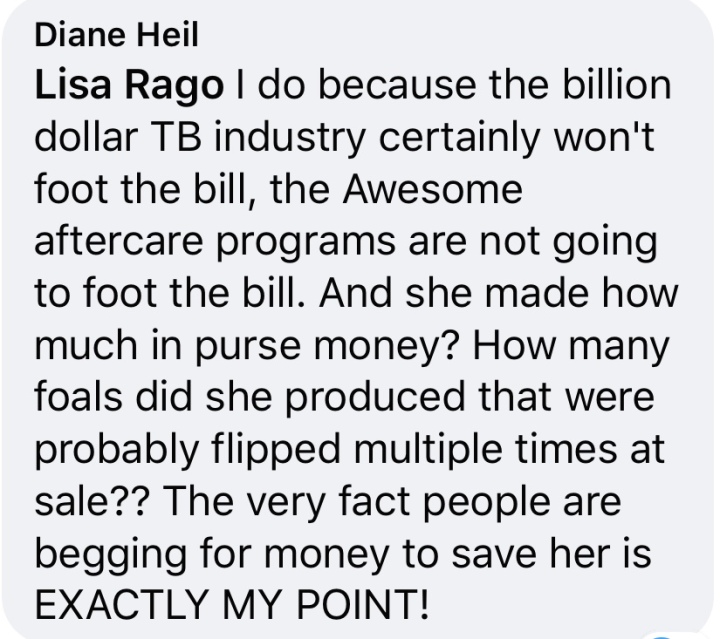 As a postscript, one of the commenters on the rescue thread suggested Puxa, because she is 20, be “kindly” euthanized. First, we at HW fully support euthanasia 1), if a life without pain/chronic illness/neglect is beyond reach and/or 2), in lieu of putting the horse on a slaughterhouse-bound truck. But as far as we know, Puxa is relatively healthy. So euthanasia would not have been the kind choice if (of course) a loving home could be found. So who was this person calling for euthanasia? Carrie Brogden, owner of Machmer Hall Farm, a Thoroughbred breeding operation (or, as they call it, a “livestock farm”). Here is Brogden talking about one of her recent products – “#44”:

“Paid for our kids school, my house, etc.” – that about sums it up. Racehorses, to the racers, are assets to be expended, resources to be mined, means to an end. (The specific end – a paycheck for the likes of Brogden and Sahadi or glory for the already-wealthy – is irrelevant.) So please ignore their declarations of love and protests of “we care.” Horseracing is simple, base exploitation – and the horses suffer and die for it.