As Santa Anita continues to reverberate, NYRA issued a statement last week that in addition to promoting the spring Belmont season, regurgitated the now-standard litany of “safety initiatives” that have (supposedly) been implemented at NYRA tracks. The whole Goebbels-esque statement can be read here, but here’s the gist:

“In addition to accreditation…by the National Thoroughbred Racing Association Safety and Integrity Alliance, a variety of initiatives have been put in place since 2013 at all three NYRA racetracks…in areas such as racing surfaces and race-day scrutiny, as well as capital improvements and collaborative efforts…to ensure the safety of all participants. These extensive reforms and commitment to improving the safety of NYRA’s racing operations have led to demonstrably safer races.”

While I’m generally loath to use the word “lie,” to say that NYRA Racing is “demonstrably safer” since 2013 is demonstrably false. Whether it rises to the level of lying, I’ll leave to you to decide. Follows are the death totals (direct from the Gaming Commission) for the three NYRA tracks for 2013 and 2017:

Okay, they’ll say, but those totals include deaths from “non-racing” causes (e.g., colic, laminitis). (By dubbing them so, the industry is effectively saying, “that’s not on us”; morally, however, the how matters not a whit – a dead racehorse is a dead racehorse.)

A 20% increase. But wait. In 2013, the three NYRA tracks had 247 days of racing; 2017, 234. Deaths up, number of races down. Now, to be fair the 2018 numbers did come down a bit: Aqueduct, 15 dead; Belmont, 29 dead; Saratoga, 13 dead – for a total of 57 dead. So, after five years of state-of-the-art technology (“ground-penetrating radar”), greater vigilance (multiple “inspection” and “observation” periods), better protocols (“enhanced levels of scrutiny”), the deaths went from 70 to 57. Is this what is to pass for “demonstrably safer”? Is this – only 57 dead animals for, I remind, gambling and entertainment – what we’re to call progress in 21st Century America? Citizens, awake. 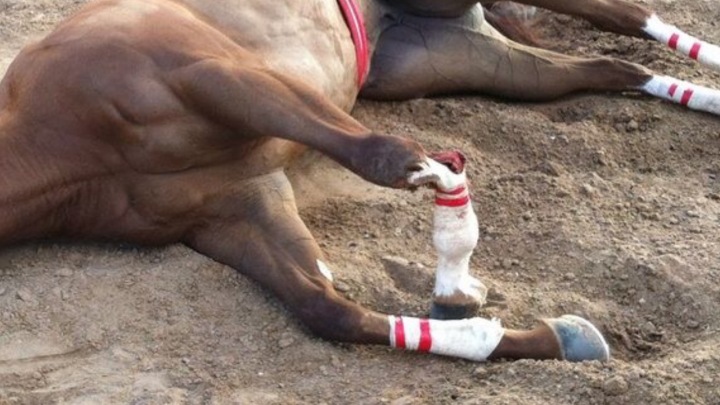