To “distract,” says the American Heritage Dictionary, is “to attract (the attention) away from its original focus; divert.” The original focus regarding Santa Anita was (is) 22 on-track kills since Christmas, 26 dead racehorses overall. The distraction is Lasix, and the ban thereof (The Stronach Group, Santa Anita’s owner, has announced that it and California trainers and owners have reached agreement on a phased-in ban, the particulars of which are wholly irrelevant). Don’t believe me? Fine. Here is how the California Horse Racing Board’s chief vet, Rick Arthur, explained it to the LA Times:

…there “is virtually no relationship whatsoever” between Lasix and catastrophic musculoskeletal injuries, the almost universal cause of breakdowns on the track.

And Stronach COO Tim Ritvo: “Everyone has advised [Belinda Stronach] that that’s not the case. Lasix has not contributed to breakdowns. Lasix does not mask pain. I think we all know that.”

This is so grossly transparent that even a 10-year-old should be able to see through it. They distract, deflect, deceive, and dissemble because when your product is intrinsically cruel and deadly, what other choice do you have? 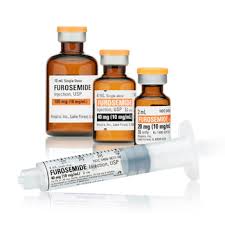