Although I’d rather not keep hammering an issue that the average person cares (and knows) little about, the racino question is simply too important to ignore. Here is the indisputable fact: While some races (TC, BC) and some meets (Saratgoa) aren’t going anywhere anytime soon, much of the garden-variety horseracing in the U.S. would have vanished by now if not for state subsidies in the form of slot-machine revenue. Corporate welfare. And for the states without it, desperation is the order of the day. Witness Texas, our second largest state and once a racing leader, but now, one teetering on the precipice.

For years, Texas horsemen have been lobbying hard for “expanded gaming” – installation of slots at their tracks. They need slots because without them, they can’t compete. People want casino gaming; the $2 bet is very 20th Century. The numbers, according to a recent Dallas Morning News article, are grim: Attendance at Texas tracks is less than half of what it was in 2000; in that same time span, total wagering in Texas and on Texas races has plummeted from $908 million to $361 million. In short, it’s dying, a reality that Ray Paulick calls “sad.” Sad? Mr. Paulick remains delusional.

What is sad, is that states (NY, OH, PA, et al.) continue to succumb to racing’s pity plea – save us, for jobs, for nostalgia. This is the tack successfully used in neighboring Oklahoma, with predictable results. Remington Park, says President Scott Wells, “had the padlock ready to put on the door” before it was allowed to install VLTs. Now, the horse people – who are legally entitled to a share of the booty, booty that would otherwise be flowing to state coffers (for education) – laugh all the way to the bank: Bolstered by 750 machines, Remington purses average roughly $260,000 per day, or about double that of Lone Star in Texas. And all the while, handle and attendance continue to decline.

The Dallas Morning News sums it thus: “It’s becoming more and more evident that traditional horse racing, on its own, can’t compete in a world with so many other entertainment and gambling choices. Some wonder how much longer the sport — and industry — will last, especially if it doesn’t get help from the Legislature.” To which, I reply:

Texas, let the market be what it will be. And if racing can no longer subsist on its own, let it die, like so many other antiquated industries before it. Not only is that our American way, but when racing’s final history is written, you, Texas, will be on the right side of it. 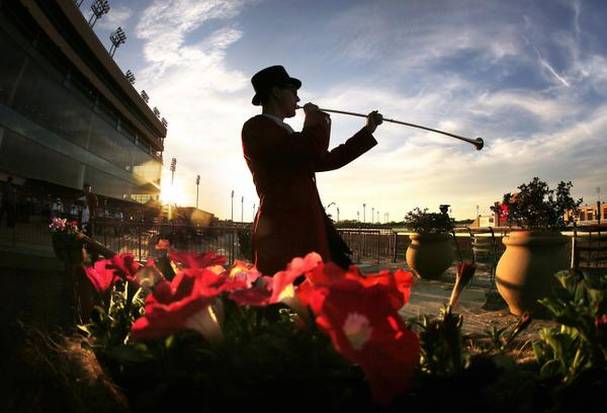