The NYS Gaming Commission has just announced the death of three-year-old King Wando from an injury sustained while galloping at Belmont Park. With just five career starts and less than $16,000 earnings, the gelding’s passing is of little import to an industry that produces Thoroughbreds like a bakery does muffins. But we noticed. And we also noticed that he died on October 9th, the third horse killed at venerable Belmont that day. 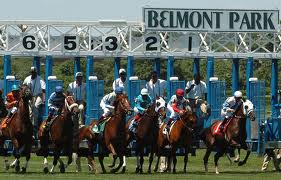