Through a “New Mexico Inspection of Public Records Act,” I have confirmed the following 32 deaths at Sunland Park in 2014:

During this relatively short meet, multiple horses died on the same day seven times; on a single card in mid-April, three were killed. And, as was the case with Ruidoso, a pair of horses died of colic – without euthanasia. This is New Mexico horseracing.

It was yet another afternoon of good, clean family entertainment at Parx yesterday (from the Equibase charts):

In the 8th, San Gregoria “was pulled up in apparent distress just before the wire.”

In the 9th, Magic Harbor “…took a bad step and stumbled badly” – did not finish.

And worst of all –

In the 2nd, Candy’s Luck “a bit fractious in the gate…her rider began to ease her up entering the stretch as if she was in distress, she continued to be ridden through the stretch, was roused right handed with a furlong to run, and then was not persevered with thereafter but was ridden back to the unsaddling area lame.”

So – “fractious” in the gate – i.e., she didn’t want to be there; eased “as if in distress” – i.e., the jockey sensed something amiss; “continued to be ridden,” “roused right handed” – i.e., whipped – after being in distress; ridden back “lame.”

Pennsylvania’s “Cruelty to animals” statute reads: “A person commits an offense if he wantonly or cruelly illtreats, overloads, beats, otherwise abuses any animal, or neglects any animal as to which he has a duty of care…” 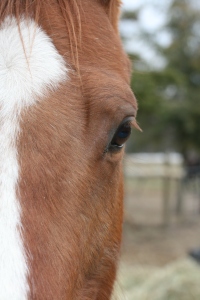 I have confirmed that 9-year-old Project Mayhem is dead after breaking down in the 8th Friday at Charles Town. The notes for this one are particularly heartrending:

“PROJECT MAYHEM was very reluctant to load, unseated the rider and ran off pre-race, was reluctant to load again once caught, vied inside of the winner around the first turn and broke down on the backstretch.”

In other news, though “Saratoga” is still several weeks away, the first death of the year there was recorded Friday when, according to the Gaming Commission, 3-year-old You Gotta Believe “unseated [her] rider…ran loose, impaled R Stifle on rail [and was] euthanized.” “Impaled stifle on rail.” Imagine that. The filly had yet to be raced.