The following, unless otherwise noted, were “vanned off” American tracks last week.

7-year-old Driven by Solar was killed at Aqueduct yesterday after fracturing a leg in the 8th race. He was ridden by Manuel Franco, trained by John Toscano Jr, and owned by Joseph Forrest.

Also at Aqueduct, while training this past Saturday, Frau Louise was impaled on a rail after breaking from the gate. Impaled. And finally, Bailey’s Dilemma died at Belmont on Sunday from pleuropneumonia. These three bring NY’s 2013 dead-racehorse total to 119.

Yesterday, the Breeders’ Cup announced the results of a Lasix study conducted on juveniles at last month’s event, and the apologists surely won’t be happy. In two non-BC races, 2-year-olds were allowed to compete with the drug. Of those 14 horses, 10 (71%) bled, 5 on the higher end of the scale. In the BC juvenile races without Lasix (this was the last year of a Lasix ban at the BC), only 15 of 41 (37%) bled, just 3 on the higher end. 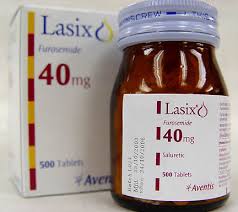 While true that the study is but a small statistical sampling, this is a debate that should not exist at all: Raceday Lasix is bad for horses, a conclusion reached long ago by reasonable people, not to mention the rest (save Canada) of the racing world. Lasix is not about equine welfare; it comes back, as most things do, to money. The pharmaceuticals, the administering vets, and the trainers (furosemide is a performance-enhancer and may mask other drugs) all (financially) gain from raceday Lasix, at the expense of sentient animals. This is horseracing.

The following, unless otherwise noted, were “vanned off” American tracks last week.

“A two year old horse is the equivalent to a six year old human. Neither species is mentally or physically mature at this age. Asking a six year old human to be exploited as a professional athlete for economic gain would be considered inhumane. Exploiting juvenile horses for economic gain is equally inhumane. They are subject to permanent mental and physical trauma that, in too many cases, is catastrophic and even fatal.”