Sulwaan, a six-year-old Irish Thoroughbred who began his “career” in England, was killed Thursday after being injured in a steeplechase race at Belmont Park. Besides the ill-fated gelding, 3 others were official DNFs. Thus far in 2013, with more than a month of racing yet to come, Belmont has lost 23 horses.

points of interest in the race replay below:

One of the first things I do when learning of a Thoroughbred racehorse in need is search for a race replay. I want a mental image, a “face to go with a name.” There were several of Slade. I chose one of his winning races and watched him gallop across the finish line, lengths in front of the rest of the field. He was wondrous to behold, a glistening chestnut with snow-white markings. Jogging back to the winner’s circle, head high and nostrils flaring, Slade felt the jockey’s celebratory pats upon his powerful neck. He pranced in place as photos were taken, and those around him cheered loudly, their faces beaming in excitement and pride. But as I watched this golden stallion, his sides heaving with each breath, I shared none of the victorious thrill of those around him. I felt only dread.

You see, this race I watched had taken place a year earlier. When I learned of Slade, too much time had passed and too many races had been run. Slade would never again carry a rider – not triumphantly into the winner’s circle – not at all. His legs, once swift and strong, were now unable to evenly bear the weight of his own body. The applause for this once-revered racehorse was long silenced. He had run his last race and had suffered his final injury on February 27, 2009 at Penn National Race Course. Slade had spiraled to the bottom of the racing game, becoming one of its disposable warriors. After his last race, he stood in his stall for 3 months without evaluation or treatment of his shattered ankle. And he waited…for help that might never come.

A Kentucky-bred by Menifee, Slade had 50 starts for earnings of nearly a quarter of a million dollars. He ran at Churchill Downs and Arlington International Racecourse as a youngster, but was claimed for the first time in only his fifth race. Over the years, Slade was claimed and privately sold repeatedly. In his last full year of racing, over a nine month period, he was with seven different trainers. Days of winning races were over. Yet he endured race after race, another claim and another private sale. Again and again, he found himself in an unfamiliar barn with unfamiliar handlers. Then on February 27, 2009, at Penn National in the cheapest of claiming races, Slade could not or would not run anymore. Even after that last race, the damaged, lame horse was acquired by yet another trainer.

Slade’s royal beginnings meant nothing now – he had become just one of the “cheap” horses at a “cheap” track. (Racing owner Michael Gill stated in the February 6, 2009 Thoroughbred Times: “these horses [at Penn National] are cheap claiming horses….”) His newest trainer was known for acquiring class horses – former successful runners – and racing them with existing injuries. As weeks turned into months, Slade remained lame at a walk and was unable to be removed from the vet’s list. The New Holland horse auction, known as the New Holland “killer sale,” was likely Slade’s next stop. Slade’s horrific descent was closing in on him and he had no one pleading for his salvation.

But at this same time, hundreds of miles from Penn National in Michigan, a phone call alerted two friends of Slade’s situation. Within 24 hours, after some difficult negotiating, the trainer agreed to relinquish Slade to his “rescuers.” Demands for x-rays of the 8-year-old’s injured ankle were finally met, and the films were devastating. In a phone conversation, the track vet relayed the results: bilateral sesamoid fractures, severe end-stage arthritis, and extensive new bone growth, indicative of repeated injury and the body’s attempt to heal itself. When asked about Slade’s prognosis and his general condition, the vet responded: “The horse cannot race, cannot be ridden or carry a rider. He’s a pasture ornament, at best. He’s lame at a walk and his coat is rough.” The vet’s final remarks, when told of Slade’s previous gleaming coat and stunning good looks: “He’s got no gleam to him now…and he will never live without pain.”

On May 27, 2009, exactly 3 months after Slade limped off the track for the last time, he was transported to the safety and security of horse advocate Mary Johnson’s farm in Ohio. The gentle horse was the perfect gentleman upon arrival at Mary’s farm. Her apprehension that Slade, as a stallion, might be difficult to handle quickly faded. His kind and agreeable disposition endeared him immediately to his foster mom. Within just a few days, Mary even allowed her 11-year-old daughter, Emma, to sit on the fence as Slade stood next to it, enjoying the attention she gave him. When Emma would enter Slade’s stall, he would gently nuzzle her pockets, checking for the treats she would bring him. He settled in quickly to the routine at this new place, and for the first time in many months, and most likely years, Slade was lovingly cared for. He enjoyed clean hay, fresh water, and the close company of other horses in adjacent paddocks. Mary medicated Slade daily for his pain, and although she noticed he had some relief, he was still unable to stand squarely on all four legs, keeping his injured limb pointed and nearly non-weight bearing. We had hoped that treating Slade’s pain regularly and carefully would bring him significant relief. It didn’t. Each day with Slade was treasured by his foster family, but now those days were going by too fast.

Gentle, beautiful Slade lived for 23 days with Mary Johnson, lacking for nothing and cherishing every moment. The noble Kentucky-bred stallion had come full circle…once celebrated, then disposed of…now at his life’s end, valued and adored. And he was glistening once more, if only in our eyes.
Slade was humanely euthanized on June 19, 2009 with Mary at his side. His injuries would have made it impossible for him to live comfortably even as a pasture pet. We didn’t want to let him go, but out of love and respect for this most gallant horse, we gave him the kindest gift – release from the suffering he had endured for so long. He lived his last 23 days in peace, lovingly attended to and nothing expected of him.

Slade was only 8 years and 3 months at the time of his death. His life was cut drastically short due to the damage done to him by the “sport” of racing. Sadly, Slade is only one of thousands of racing’s casualties. Every year, Thoroughbred racehorses die not only by humane euthanasia in numerous rescues because of their racing injuries, but in the dirt of the many racetracks across the country, and on the bloodied slaughterhouse floors.

Most reasonable racing insiders will concede that less-than-brisk business at the more pedestrian tracks is the result of a flawed product. But when an upper crust venue like Saratoga dips, the search for scapegoats begins. While most blamed the economy (or, yawn, the weather) for Saratoga’s relatively poor showing this summer, racing writer Bill Finley offers his own, rather unique explanation (ESPN, 9/10/13):

“The answer is that the two New York tabloids drastically scaled back on their horse racing coverage. … OK, so newspapers aren’t what they once were. But the combined circulation of those two papers is still at 1.5 million. That’s 1.5 million people who no longer read about horse racing, no longer are reminded every day that Saratoga is going on and that it is special.”

Once upon a time, “both [papers] gave extensive space to the sport, with charts, entries, race coverage and handicapping analysis.” Now, alas, virtually nothing. As print-media downsizes, racing, because of its declining popularity, provides “an easy target for cutbacks.” And this, Finley says, exacerbates the problem: “Their abandoning racing is a signal to everyone else in the media that the sport isn’t relevant.” So, fan Finley wants NYRA president Chris Kay to reach out “and see if maybe he can’t change their minds.” Seems to me when a “sport” is reduced to begging for coverage, oblivion beckons.

For insight on racing’s descent into irrelevancy, Finley’s own words describing the current Saratoga product are instructive (bear in mind, this is an accomplished writer who means exactly what he says): There was a time, he notes, when “NYRA didn’t dare card races for the flotsam and jetsam [italics added] of the backstretch.” So while we see intelligent, sensitive beings, he sees but wreckage and waste marring a “special” Saratoga experience. Horseracing’s depraved core laid bare, once again.

When I wrote about Belmont’s stellar weekend on Monday, the NYS Gaming Commission had yet to register the Saturday death of a four-year-old named Discreet Code. The gelding, whose last finish was at Saratoga, broke his leg during the 4th race, was “ambulanced off,” and subsequently euthanized. So, in actuality, Belmont Park killed five horses in four days, a pace, surely, NYRA is loath to maintain.

Zilpaterol, marketed as Zilmax, is a feed additive given to close-to-slaughter cattle that according to its maker, Merck, “improves cattle’s natural ability to convert feed into more lean beef.” Pumps them up. In any event, it was never intended for horses, something Merck makes clear on its website: Do not allow horses or other equines access to feed containing zilpaterol. This, according to a North Dakota State University trial (Horse Science News), is what zilpaterol does to horses: 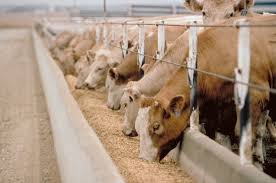 Genaro Vallejo is a California-based trainer with a handful of bute overages on his record. But it appears that for this multiple graded stakes winner, bute has become child’s play. In April 2012, Vallejo’s horse, Red Dwarf (who won), tested positive for the aforementioned zilpaterol at Golden Gate Fields. Punishment, as it turns out, took 17 months to arrive. For a Class 1 violation (the worst kind), Vallejo, according to the Paulick Report (9/16/13), has been suspended 30 days. For perspective, Bill Finley, a racing writer (and apologist), says (ESPN, 7/5/12), “Anyone using a Class 1 drug belongs in prison.”

Racing officials have once again made a mockery of their supposed recommitment to integrity. In truth, however, you can’t get back to something that never was: Any business that owes its entire existence to exploitation is and will always be necessarily devoid of integrity.