In August, I chronicled James Jungquist’s leaving-welts-on-the-horse “whip violation” at Running Aces Racetrack. Later that month, Jungquist again left welts. And now, like animal hoarders who, try as they might, cannot quite shake the urge (studies indicate a near-100% recidivism rate for hoarders), Jungquist strikes anew. From the Minnesota Racing Commission: “James Jungquist was the driver of Captain Terminator in the 8th race on 9/7/21. Captain Terminator was examined for welts…by Dr. Taylor. Welts were present. This is Mr. Jungquist’s 3rd welt offense in 2021 at Running Aces. The penalty is a $500 fine and a 5-day driving suspension.” 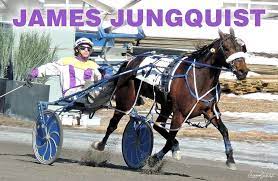 Three times, just this year and at the same track, Jungquist has inflicted (excessive) pain and suffering on a defenseless animal – and will live to whip another day (just five days hence, that is). Can this industry be any more abhorrent? (Incidentally, another RA driver, Brady Jenson, was cited for his second “welt offense” of 2021; penalty: $200 fine and a two-day suspension.)