In the 6th race Sunday, Crater Rim “was vanned off after the finish.” Turns out, the 6-year-old suffered a lacerated tendon. Dead. Tuesday, 5-year-old Bourbon High broke down during morning training. Dead. 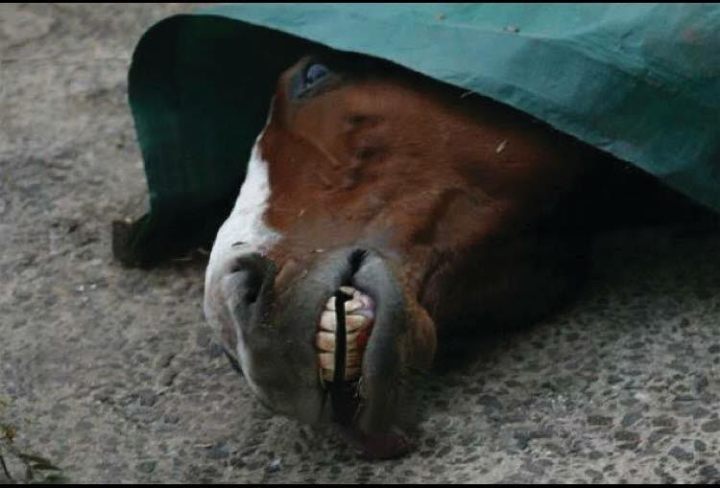