105. That’s the number of protesters Horseracing Wrongs brought to Saratoga Race Course Saturday, Travers Day. It is, to my knowledge, the single largest protest ever held at a racetrack on the North American continent. Ever. And it probably breaks our own record – the 75-80 we’ve been taking to Saratoga weekly for the past two summers. It is a tremendous accomplishment, owing mostly to the extraordinary work of HW Vice President Nicole Arciello – our mobilizer-in-chief.

105. And here’s the thing, racing industry, this is but the beginning; we’re not going away. We’re smart, we’re organized, and we’re serious. We are Horseracing Wrongs. 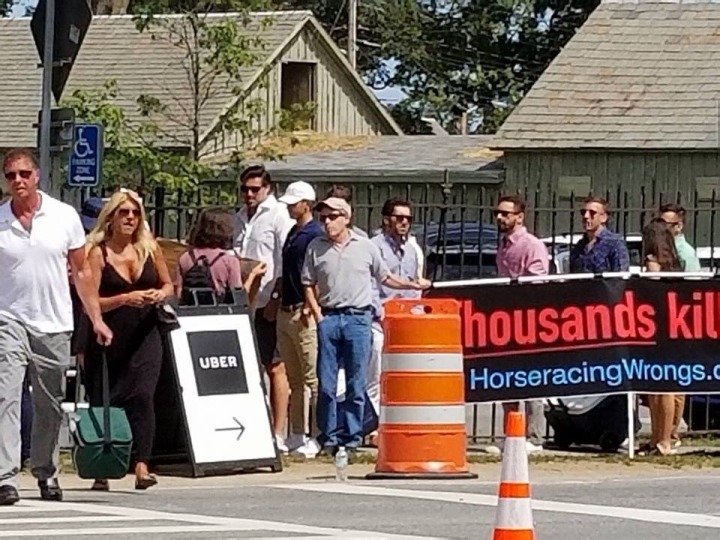 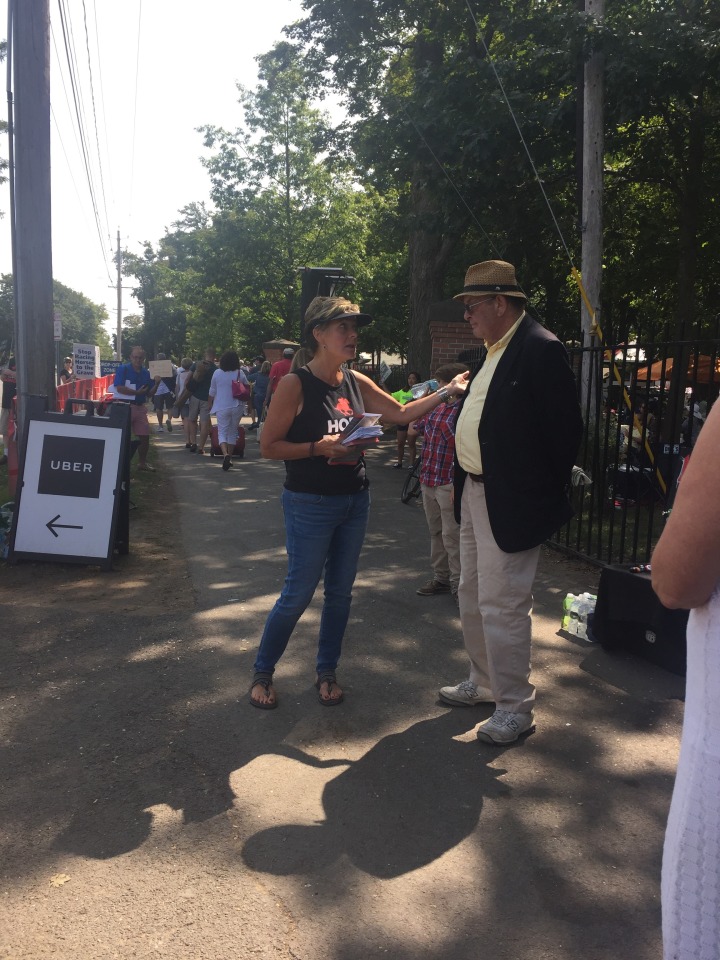 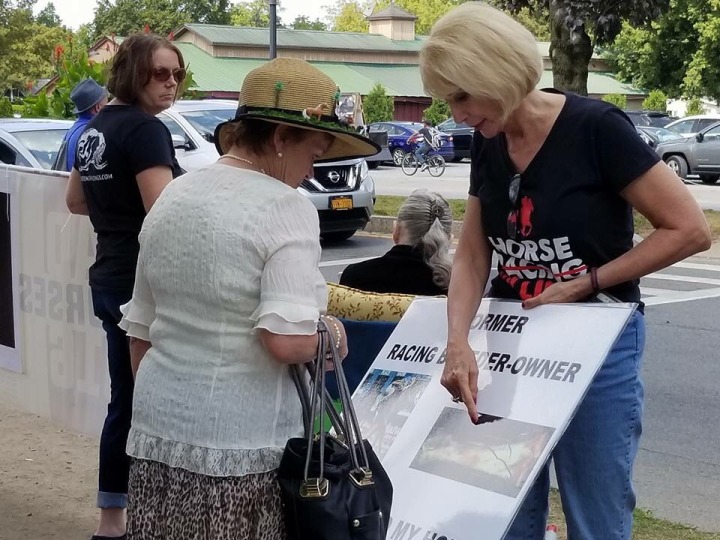 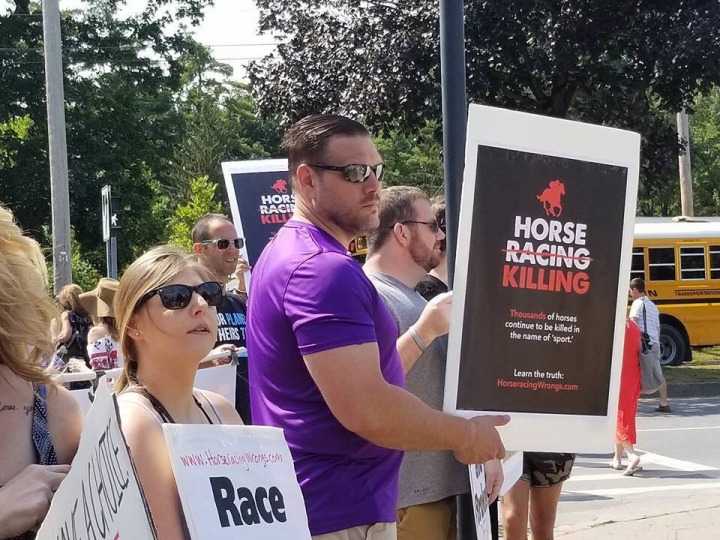 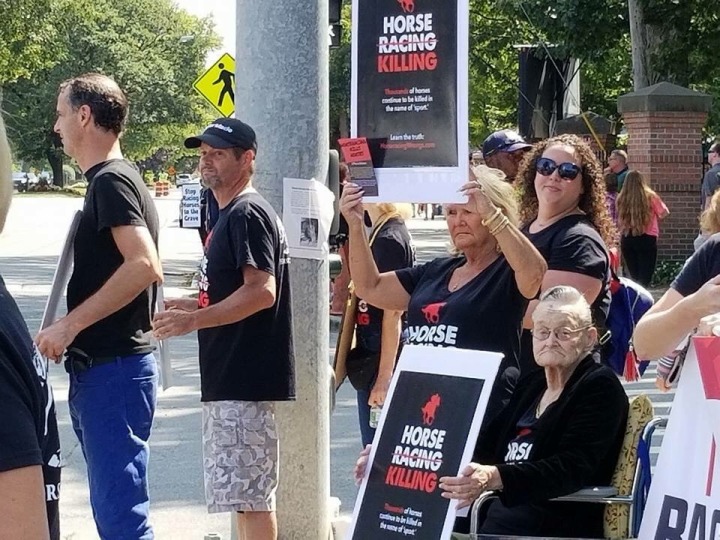 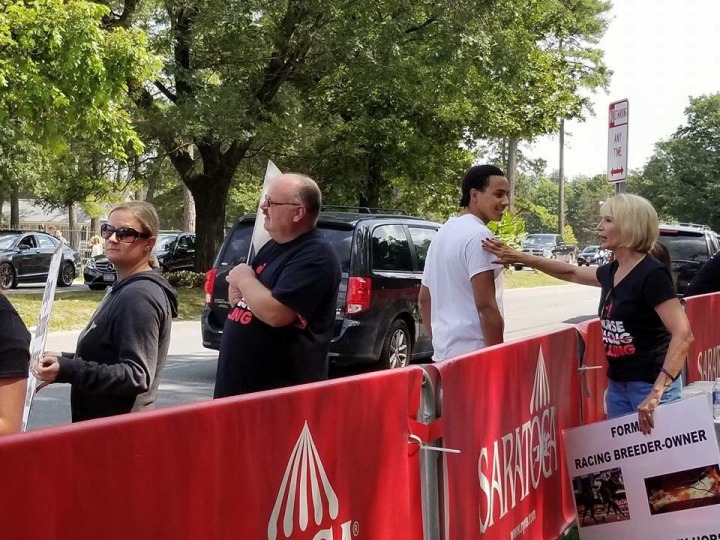