Just when you think this industry cannot revolt any more, that some within said industry cannot debase themselves any further, comes something like this: A horse named Aurora’s Secret is scheduled for the 5th today at Belterra Park. But Aurora’s Secret is not just any horse, for you see this pitiful animal is almost 13 years old and today’s cheap $5,000 claiming-race will mark his 148th time under the whip. Take a moment to allow those numbers to sink in. 13. 148. How, Stephanie Eilers (trainer), Larry Eilers (owner), Belterra stewards, et al., do you sleep at night? 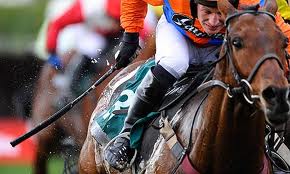