Through a FOIA request to the Texas Racing Commission, I have confirmed the following kills at Texas tracks in 2016:

Jump for Pie, prior to April 30 Sam Houston 5, “sudden death”

Fudge Bar, May 21, Lone Star training, “condylar fracture – euthanized due to economic reasons on May 28”

The Lefty, August 14, Gillespie 6, “horse appears to have suffered major back injury/fracture after leaving starting gate…continued down the stretch until it stopped near finish line…showed bilateral hind leg paresis prior to stopping – euthanized” (yes, this horse tried to continue running after breaking his back)

The Suprise Coronas, October 6, prior to Lone Star 5, “colic – died due to illness” 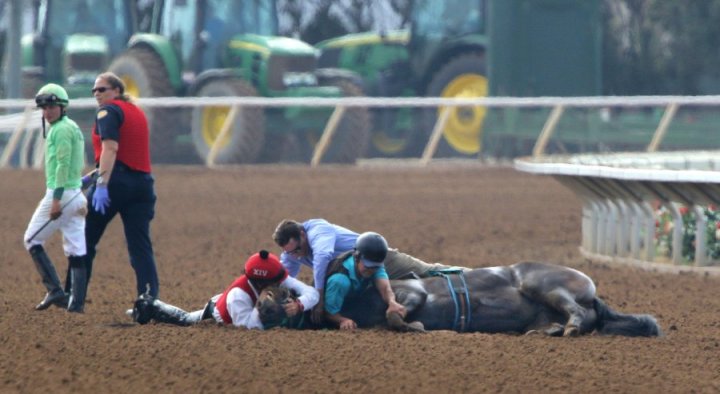 In addition, the following horses died on track grounds from what the industry calls “non-racing” causes. While this may be technically true, morally they are no less casualties of this vile business than the ones above.

Ivory Debt, September 30, Lone Star, “head trauma from flipping in barn September 29, severe CNS signs September 30 – euthanasia after contacting insurance company” (yes, after suffering head trauma, this horse had to wait a day before being put down – because of money)

There can be no justification for the killing of animals for $2 bets. End it. Now.