The Pennsylvania Hunt Cup is an annual steeplechase held in Unionville, Pennsylvania. The course is four miles of “fair hunting country” – to “approximate conditions found during a day of foxhunting” – and 22 fences “of stacked rails, board and post and rail.” Sunday’s 80th running unfolded thus:

Seven horses began race 1 – two finished (with the winner sealing the deal “under strong urging”). “WINGO STAR…fell at the second-last fence; ADIOS DIABLO…gained uphill to the thirteenth fence but was pulled up; HERE COMES BADNESS…pulled up before the twelfth fence; TENNESSEE BEND…bid for the lead near the twelfth fence, fell and was vanned off; NEW LEVEL was pulled up after the third fence…”

And in The Cup itself, two horses hit the second-to-last fence.

To those who patronize these events, we remind that “tradition” is no defense for the exploitation, maiming, and killing of intelligent, sensitive creatures. Please show mercy on these animals – find entertainment elsewhere. 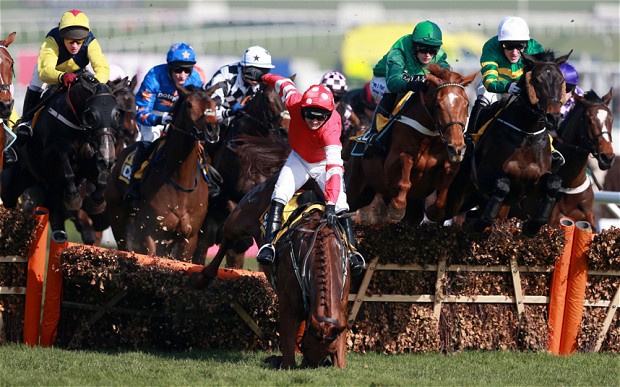